Time and again, documenta is also about war. The tank Polemos, which Andreas Angelidakis set up during documenta 14 in the Fridericianum, was a reminder of this. In 2017, the artist arranged seating modules made of vinyl and foam into a flexible tank. As a performance, the modules in stain camouflage were assembled into a full-size tank twice a week. The tool of war was repeatedly dismantled to form a cuddly oasis, yet a sense of war and destruction emerged in the viewer. Since February 22, 2022, with Russia’s attack on Ukraine, this Angelidakis’ art performance has become a shattering reality for Europe. Tanks are rolling again and their dismantling to seat modules, that is, the return to diplomacy, as still desired in the performance of Andreas Angelidakis, seems out of reach. 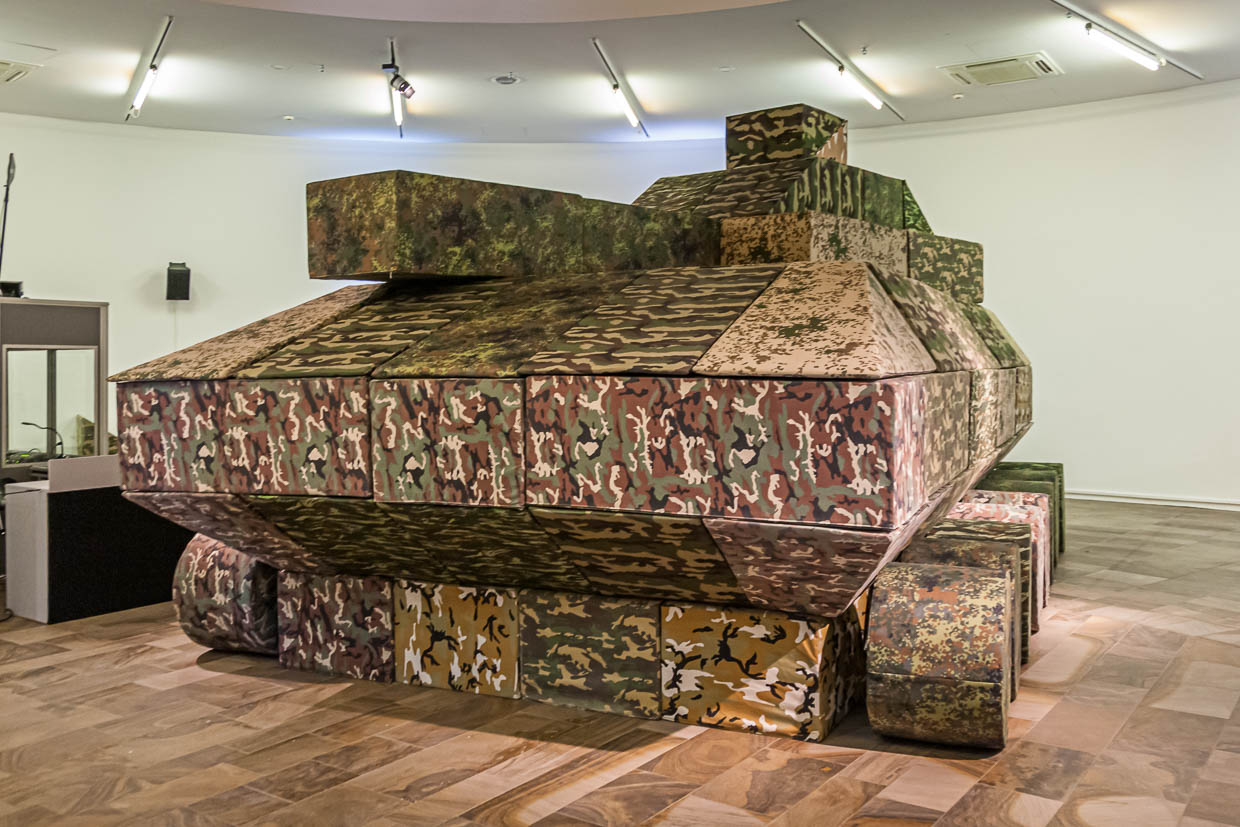 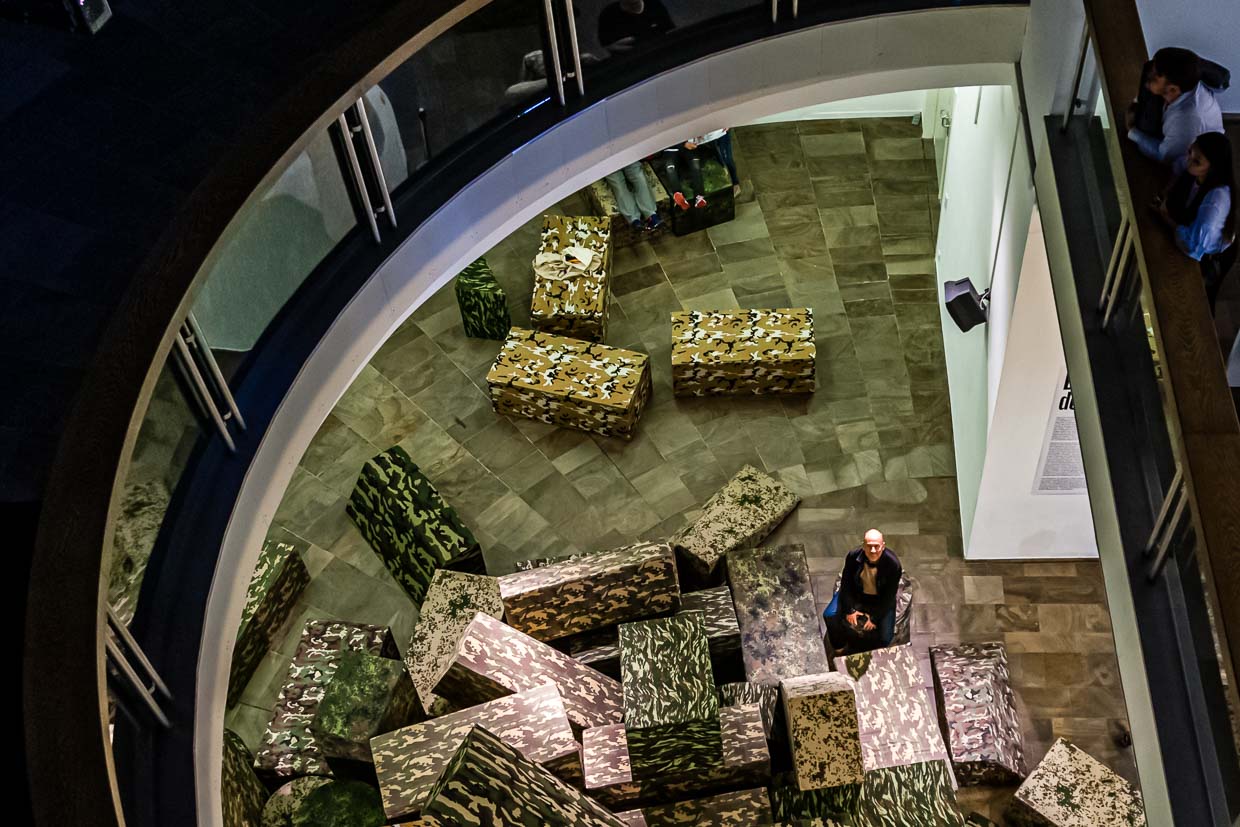 War – always a theme at the documenta. Seat modules in stain camouflage were assembled into a full-size tank twice a week in a performance. (Here on the Internet, it simply works with the mouse) / © Photos: Georg Berg

Polemos, the personified conception of war, was married to hubris, which he followed everywhere. Therefore, one should give no place to hubris (“arrogance, presumption”), because otherwise war would also come.

Our mode of operation is characterized by self-experienced, well-researched text work and professional, vivid photography. For all stories, travel impressions and photos are created in the same place. Thus, the photos complement and support what is read and carry it further.

With the help of a feed reader, all stories about the Tellerrand (edge of the plate) can be subscribed to in real time.

Permalink of the original version in German: https://tellerrandstories.de/polemos

You can read our reports free of charge

... if you allow the necessary technology. What would an international travel magazine be without maps or translations? For the necessary interaction with other platforms we need your permission. Your privacy is best protected with your own browser. By visiting the Tellerrand Stories you agree to the use of all functions mentioned in the privacy policy.
AnpassenAlles akzeptieren
Manage consent